Saint Joseph’s is a not-for-profit health care facility governed by a voluntary Board of Trustees made up of business, civic and religious leaders of the community. The day to day operations of the medical center are handled by a management team of experienced healthcare professionals.

Michael J. Spicer is the first male and first lay president of Saint Joseph’s Medical Center, a Catholic health care facility founded by the Sisters of Charity in 1888.  He began his career with Saint Joseph’s in 1984. He served as Executive VP and COO and was named President prior to assuming the title of Chief Executive Officer in 2000. Spicer was instrumental in the hospital’s dramatic expansion and development over the past 20 years.  Today’s Saint Joseph’s includes a 194-bed acute care hospital, a 138-bed psychiatric hospital – “St. Vincent’s Hospital Westchester,” two affordable senior housing facilities, 1,300 supportive housing apartments throughout New York City and Westchester, and numerous out-patient programs and services for the residents of Westchester and the five boroughs of New York City.  Mr. Spicer was recently elected Chairman of the Healthcare Association of New York State (HANYS) for the 2022 term. HANYS is New York’s statewide hospital and continuing care association, representing nonprofit and public hospitals, nursing homes, home care agencies and other healthcare organizations. 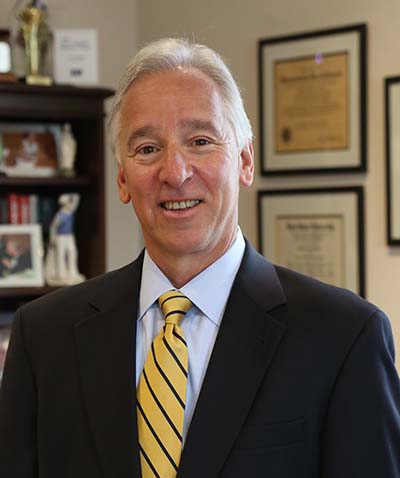